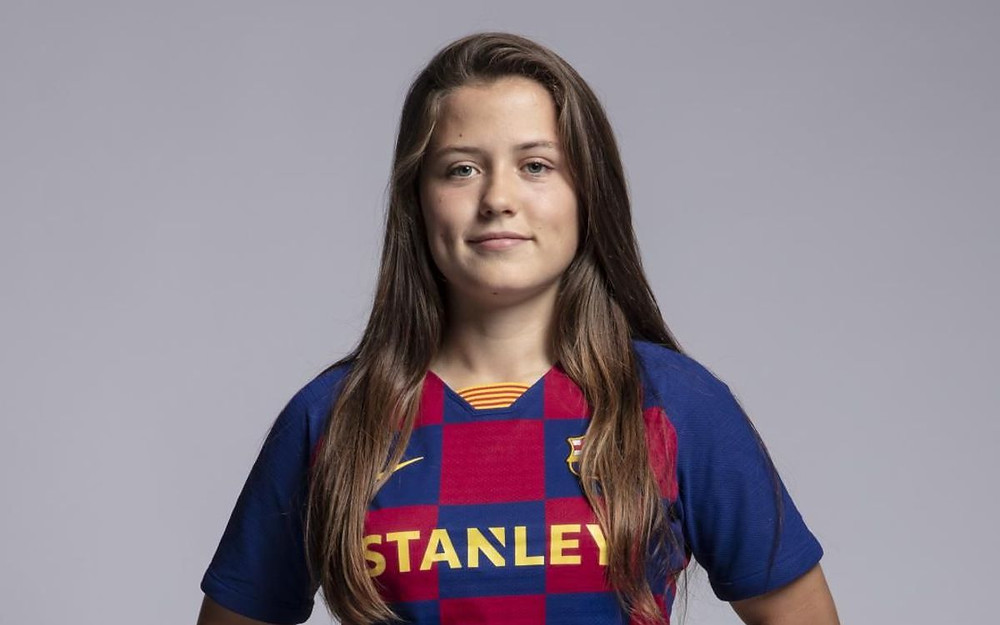 Abdullah Abdullah looks at the next exciting talent to come off the production line at Barcelona.

Over the last 18 months, Barcelona’s attacking exploits have been much talked about. The big names—Jenni Hermoso, Alexia Putellas, and Caroline Graham Hansen—garner much of the attention, but Barcelona continue to boast a never-ending conveyer belt of talent coming through.

There are few clubs in the world where Mariona Caldentey and Lieke Martens would be battling for places in the front line despite the fact that both have produced prolonged periods of high-quality performances to warrant starting for the Blaugranes.

Another name to have joined this list of talented performers is Claudia Pina. The Spanish forward has been in sensational form this season, scoring 13 goals and picking up 7 assists in 21 matches.

After a successful loan at Sevilla, Pina was expected to get her chance this season but injuries to Mariona and Martens have accelerated her development. On the basis of her performances, though, her introduction has been justified. The 20-year-old has introduced a new dynamic within the squad whilst being in the mould of the Barcelona archetype.

In the course of the season, Pina has shown herself to be a technically-gifted player with the sort of qualities that typify the style of play that is becoming increasingly common within the women’s game. That said, she has also displayed the need for consistency that many young players show early in their development.

So what can we expect from the Spanish wonderkid in the longer term?

This season, Barcelona set out using a 4-3-3 system that transforms into a 2-3-5 in attacking phases. This situational shift to a 2-3-5 is formed by the two 8s driving forward to join the front three, a shift which is common amongst teams adopting the principles of “positional play”.

There is a depth of squad at Barcelona that reflects the resources available to them. Each position has at least 2-3 options. Here’s how it has stacked up this season:

When it comes to Pina’s role in the team, it’s hard to represent it visually. The left-sided central midfielder position may show Pina as the only option (note that she is labelled “Medina” in our system) but the position belongs to Aitana Bonmatí partnered by Patri Guijarro and Alexia Putellas.

In reality, Pina’s role in this 4-3-3 is as the left-sided winger adopting a more inverted role. Naturally, as a central attacking midfielder, she possesses proficiency in playing across the front line and midfield. On the ball, Pina is a specialist in operating in tight spaces through good passing and progressive runs into the box.

The diminutive midfielder has all the traits to become an expansive attacking midfielder. Although she doesn’t fit easily into Barcelona’s current formation, her playstyle is conducive to the profile required to play as part of the front line.

Here’s how she shows up in the TransferLab “Attacking Midfield – Shadow Striker” profile:

The attributes that stand out in this profile are Expected Goals (shots – open play), Progressive short passing, and Touches in the box. These three metrics are Pina’s highest-rated attributes and she ranks in the 85th percentile or upwards in each one.

Of course, there are some areas where she isn’t as refined yet, but given her immeasurable talent at such a young age, it’s a matter of experience more than a question of talent.

Taking a closer look at Pina’s heat map, it becomes clear that she is a mobile player who can operate on both sides of the pitch:

Regardless of her starting position, Pina isn’t one to cover a single zone rather she moves across the final third looking for opportunities to create goal-scoring chances.

Arguably her best asset is her vision coupled with control in tight spaces. There is an energetic presence to her game that breeds a quicker tempo but can be seen as an inpatient approach to ball possession. However, her position and areas of control mean she needs to be circulating possession quickly to ensure opposition defences do not settle into shape.

When we talk about a player’s overall profile, you’ll usually pinpoint areas of strengths and weaknesses generally both on and off the ball. Pina’s TransferLab profile paints a holistic picture of the traits that she possesses. But the most optimal method of looking at the attacking midfielder’s strength is through a common theme.

In this case, it’s her movement. Movement is the binding element that brings her traits together.

Elite attacking midfielders move in a way that optimises their chance creation. Pina is excellent at exploiting space and is constantly moving to become a passing option. On top of this, her ability to receive in tight spaces pulls players towards her, opening space in other areas.

Take this example from the first leg against Real Madrid in the quarter-finals:

Barcelona are engaged in their customary patient build-up play before Pina drops deep to give Mapi León a passing option. This starts to force Real Madrid to break their 4-4-2 block.

The second time she receives possession, Pina manages to draw in the right midfielder, central midfielder, and second striker. This creates space for Guijarro to receive a one-touch pass in space that results in progression.

What’s most noticeable is how well Pina uses her low centre of gravity. She’s able to drive past players with relative ease with the ball glued to her feet. From here, her vision and creativity take over to spot line-breaking passes to players in opportune positions.

You’ll have noticed from Pina’s TransferLab profile that her dribble (quality) numbers only put her in the 29th percentile. While that isn’t too impressive, Pina isn’t a wing merchant with lightning speed. Her use of dribbles is to encourage ball progression across short distances to get into excellent passing positions.

That is where her passing statistics come to the fore. Again, within TransferLab, Pina’s progressive short passes, expected assists (key passes), and passes into the box (quality) numbers have her in the 75th percentile and above. Take these two sequences of play as a good example:

This first sequence sees Pina positioned in a relatively central position after a series of progressive passes from León to Putellas. Pina was in a good position to receive relatively unmarked where she makes subtle movements to find an extra yard of space and was able to turn and make a first time pass into Fridolina Rolfö’s path. She’s able to dodge the midfielders press by creating that extra bit of space and time.

The second passage of play shows Pina in a more dynamic situation:

She picks up the ball in the aftermath of a duel in the central area and makes a short burst forward. This forces Eibar to compress their back line and drop deep till the central defender steps up. Pina evades the challenge and quickly identifies the overlapping full-back on the right side to set up a crossing opportunity.

In both scenarios, Pina is able to use her movement as the core fundamental factor to either get the final pass or progressive run to work.

When comparing Pina to her counterparts across European and American football, you’ll begin to notice that she’s in the company of some world class names. The list below indicates the type of players who most resemble Pina in the Shadow Striker profile on TransferLab:

The most prominent comparison here is Ella Toone of Manchester United. Toone has reinvented herself this season as a goal-scorer and chance creator and has been at the heart of Manchester United’s creativity. Other notable names include Fran Kirby, Kit Graham, and Linda Dallmann of Bayern Munich.

Even looking at these players from a pure data perspective, it’s easy to see why Pina is regarded as a wonderkid. Compared to a few stellar names, her statistics hold up well:

With the exception of Kirby, Pina matches well with the rest, and being the youngest of the lot, her ability and untapped potential shouldn’t be ignored.

At 20 years of age, Pina still has many years ahead to develop. As things stand, though, the early signs are extremely promising. There is no denying that Barcelona have one of the most exciting young prospects in world football today. 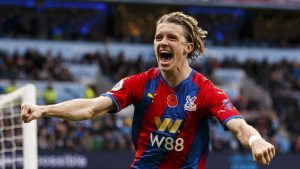 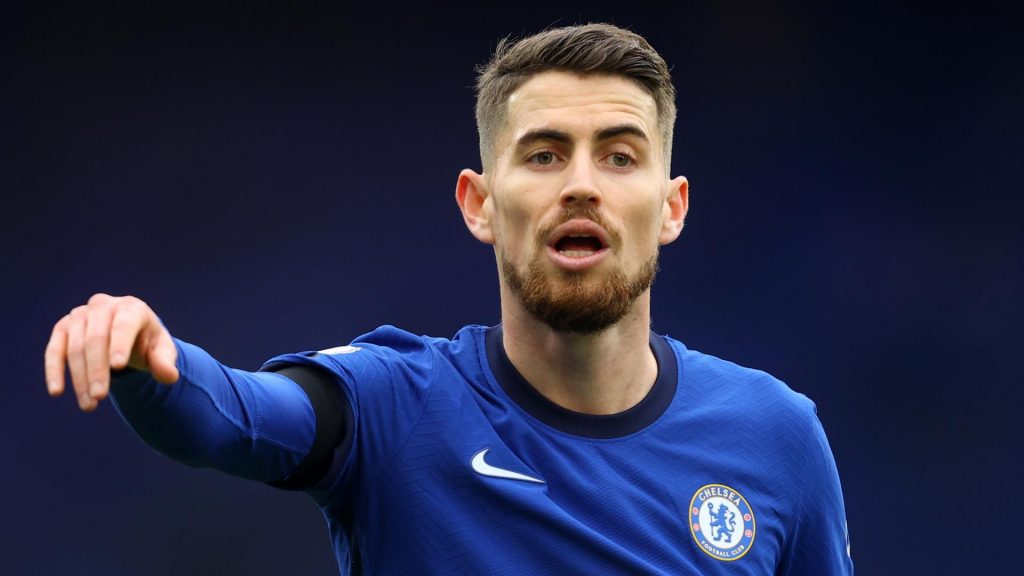