Eric Laurie looks at the outside centre back role and explores the underlying data to see what we can learn about it.

An interesting development in football throughout recent seasons has been the increased use of a back three/five with some of the clubs using this tactical feature becoming very successful sides.

Back fives are often synonymous with clubs who may deploy a more defensive brand of football and look to get numbers behind the ball in an effort to mask their weaknesses. However, the relative increased usage of this system has seen some of the best clubs in Europe adapt this approach and it can now be seen as a well-balanced system both in and out of possession as opposed to just a defensive setup.

Looking back at the 2020/21 season, three of the champions in UEFA’s top six leagues (England, Spain, Italy, Germany, France and Portugal)—based on their country coefficients—predominantly utilised a back three. Atletico Madrid, Inter Milan and Sporting CP were all crowned champions using some variation of a back three system in addition to Chelsea who made use of a back three system on the way to winning the UEFA Champions League.

The upsurge of the back three does not end in club football; a quick bit of research will show that over the last three Euros, there has also been a rather large increase in the use of the shape. In 2012, just one of the 16 nations used a back three in the first round. This number increased to three for the 2016 Euros, although there were 24 nations competing in that rendition. In the 2020(21) Euros, we have seen nine side so far in the group stages sending out a three-man backline.

While most midfield and attacking roles can be employed in either a back four formation or a back three formation and still look quite similar, the role of the outside centre back in a back three is unique to the system. With the large majority of clubs playing with a back four, it may be difficult for a club who are looking for a new outside centre back to find exactly what they are looking for in the market or even know exactly what they should be looking for.

One solution to this problem could be retro-engineering the data to distinguish between these different positions but this would take time and there can be problems that arise when attempting to sort data by positions. An alternative solution to this problem would be to build a profile in TransferLab based on the sorts of qualities you want to see in an outside centre back and then see the sorts of players who are thrown up by searching using this profile.

Centre backs on the outside of a back three will find themselves in different situations on the pitch to those a classic centre back pairing might. In possession, a centre back in a back three— especially those players on the outside of a back three—will most likely have more responsibility to act as a ball progressor than a typical centre back. Finding themselves often in the half spaces with the wing backs pushed on further into the midfield line, the wide centre backs will need to be able carry the ball towards the first line of pressure to provoke the opposition defensive block.

In addition to being positioned further wide in a lateral sense, they will also often be positioned further forward in a vertical sense as well. This is particularly true for a side that looks to dominate possession, meaning their ability to receive forward passes will be of more importance than a centre back playing in a pair. There will also be more of a duty for the wide centre backs to have a decent passing repertoire. Being able to break lines centrally and switch play diagonally will be important in this particular role.

If we turn to look at the out-of-possession duties of an outside centre back in comparison to a centre back pairing, there will definitely be more of a demand for 1v1 defending abilities as outside centre backs will often find themselves in situations as the widest defender in the backline becoming isolated against opponents on the wing. Defensively, the wide centre backs will also be required to have a more proactive approach to defending. Considering that they will still have two central defenders behind them in support, they will be trusted to step into the midfield line to pressure the opposition, in addition to having a brave positioning in defensive transition situations.

Let’s take a look at a couple of examples of players who have excelled in the outside centre back position in recent seasons and see if we can pick out any metrics which correspond to our tactical observations.

No player played more minutes as an outside centre back for Chelsea this season than Cesar Azpilicueta and he was clearly a big part of their success this season, a season which culminated with a Champions League win. Azpilicueta shows up strongly across the pre-set player profiles in TransferLab, but given we’re looking for specific metrics in and out of possession, we’ll look at him in the “All Round” profile:

Of course, a caveat must be added here that the Spaniard also played at full back or wing back at times this season so this will naturally boost his numbers. Let’s use TransferLab’s Similar Player tool to find other centre backs with a more conventional outside centre back profile than Azpilicueta but with a similar statistical footprint. Here are the similar players that TransferLab brings up: 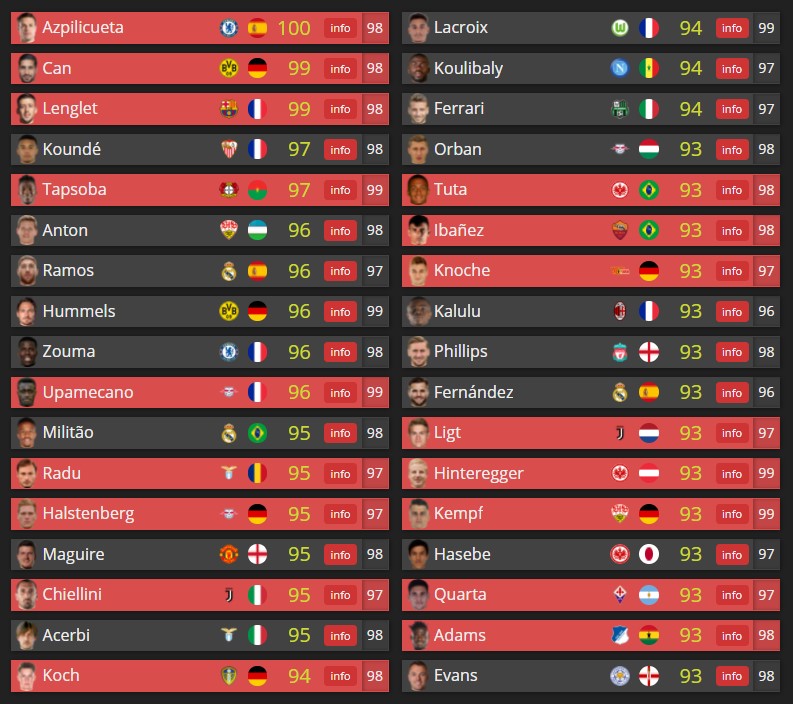 I’ve highlighted the players on this list who have played minutes at outside centre back over the course of the last season. Let’s look at three of them in comparison to Azpilicueta: 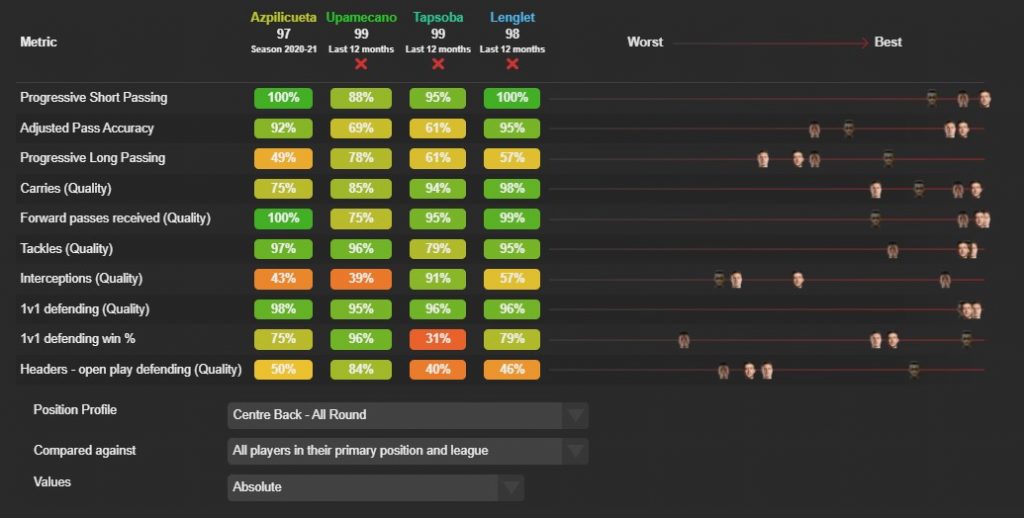 As you can see, the metrics we highlighted in Azpilcueta’s profile are strong in all of these centre backs.

Finally, we have reached the point where we can build the profile. In TransferLab, you can build your own bespoke profile with any of the hundreds of metrics available on the platform. We will include the metrics mentioned above: Progressive Short Passing, Adjusted Pass Accuracy, Carries (Quality),Tackles (Quality) and 1v1 Defending (Quality).

On top of this, we’ll include Adjusted Long Pass Accuracy, Line breaking passes (Quality) and Switching play (Quality). This will highlight players who are good at progressing the ball forward particularly through longer passes.

Finally, we’ll include Counterpressing recoveries so as to highlight players who are a little more aggressive in the tackle as we emphasised during the tactical section.

Here’s the final menu of metrics: 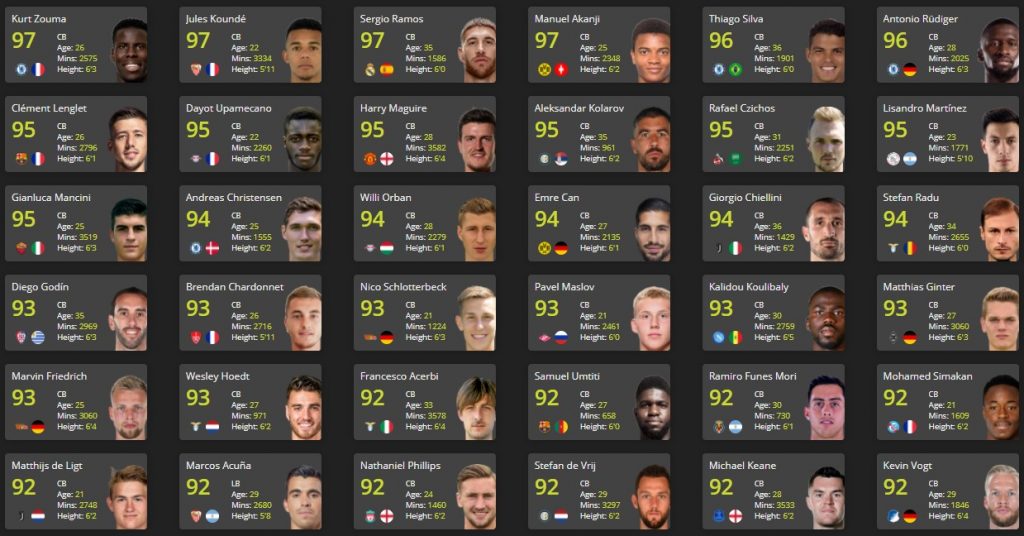 The Future of Scouting Outside Centre Backs

The capacity for traditional pathways of data analysis to account for outside centre backs is under-explored. In this piece, we’ve shown how you can use TransferLab to start overcoming some of these perennial problems but more is possible. 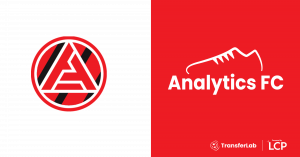