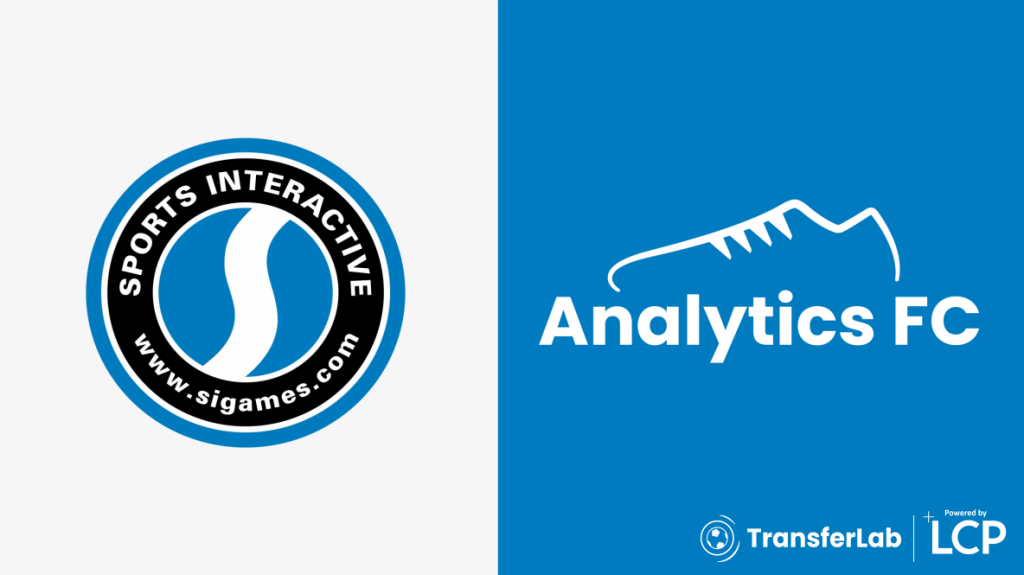 Analytics FC are excited to announce their latest client, Sports Interactive, the world’s leading developer of football management simulations through its Football Manager series of games.

Last July, Sports Interactive announced that they were introducing women’s football into the Football Manager platform. This commitment to the women’s game requires an incredible amount of in-game development on the part of SI as they look to introduce a whole new aspect to the platform. As SI’s CEO Mile Jacobson wrote, “It’s going to take some time to build a comprehensive global database of women’s football. Our existing database has taken 28 years to build (so far) and there’s a lot of info in there that we need to research when adding just one team, let alone multiple leagues.”

To assist in this process, Sports Interactive will use Analytics FC’s TransferLab scouting system.

In March 2021, Analytics FC, in collaboration with Lane Clark & Peacock, announced the launch of TransferLab as the first standalone Women’s Football Data analytics platform. Now covering 15,000 players across 24 leagues in the women’s game, the database offers one of the richest resources when it comes to the analysis of women’s football.

“Adding women’s football to Football Manager is a huge and complex task, the foundation of which will be the creation of a comprehensive database of the professional game,” says Tina Keech, Head of Women’s Football Research at Sports Interactive. “Access to TransferLab will ensure that we achieve our goal more efficiently.”

Analytics FC’s CEO and founder Jeremy Steele echoed these sentiments: “Like most football fans I’ve been an avid player of the Football Manager game since I was a kid, so to have the opportunity to help Sports Interactive to develop and expand the game is just fantastic. We look forward to helping them increase visibility and engagement in the women’s game”.

Bart Huby, Partner and Head of Football Analytics at Lane Clark & Peacock, added: “It’s been said that our TransferLab data-scouting platform is a bit like a real life Football Manager game. We take that as huge compliment and we look forward to helping Sports Interactive continue their outstanding work in expanding Football Manager into Women’s football”.