Scouting in a Post-Brexit World: The New Challenge for Recruitment in the UK In this article, James Nalton sets out the basic government guidelines on signing overseas players post-Brexit and uses TransferLab to find talent in South America who are now eligible to join UK clubs.

Football clubs across England’s professional leagues will be in the process of adapting their recruitment and scouting to align with new guidelines on signing overseas players post-Brexit.

The main change comes in the shape of a new points system used to decide whether a player is eligible for a Governing Body Endorsement (GBE), and therefore, a work permit from the Home Office.

A player will need to accrue 15 points from a range of criteria but those playing regular international football for nations in FIFA’s top 50 will be given an auto-pass. Those playing in a top tier of UEFA’s highest-ranked associations will also be able to move to the English leagues with no problem.

A player in a league outside Europe’s ‘big five’ will still have a good chance of getting a work permit if they are a regular international or their club participates in the Champions League or Europa League. English clubs may need to start thinking outside the box and outside Europe when it comes to recruitment.

An early example of this is Swansea City’s move for Jordan Morris on loan from Major League Soccer side Seattle Sounders. Morris would have been granted a work permit under the old rules thanks to international appearances for the United States, as he will be under the new ones, but it’s an early sign that clubs are looking to the Americas for talent. But the best value may be in the South.

One of the things that stood out immediately when the FA published its post-Brexit work permit requirements was the ability to sign South American players thanks to the number of points a player can rack up for appearing in the Copa Libertadores or Copa Sudamericana.

These are given the equivalent status to the UEFA Champions League and Europa League respectively, and though this aligns in some ways with the pre-Brexit requirements, transfer fees and wages paid in relation to other top fees and earners in the buying club’s league are no longer part of the criteria, which could be of use to EFL clubs.

The domestic leagues of Brazil and Argentina are also rated reasonably highly when it comes to the ‘bands’ used to rank domestic leagues in the GBE criteria. Colombia and Chile also escape being in the lowest band. With all this in mind, here are some of the emerging talents from South America identified by TransferLab who also qualify for a GBE as things stand:

Flamengo midfielder Gerson may as well be playing in one of the top European leagues, such will be the ease he is able to get a GBE.

This is despite him not having any senior caps for Brazil. His Libertadores participation plus Flamengo’s progress domestically and on the continent see him gain more than enough points.

When it comes to being granted a GBE, it is the last full season that is taken into account when judging progress. With the 2020 Brazilian Serie A campaign still underway having been delayed due to the coronavirus pandemic, Flamengo are still the champions and are in with a chance of defending their title before the season concludes at the end of February.

Using the Best XI functionality in TransferLab and filtering the Brazilian Serie A for players under 23 with more than 900 minutes, Gerson shows up as the most impressive midfielder in the ‘box-to-box’ profile: Looking at his numbers within that profile, you can see that Gerson performs well both in on-ball metrics and in defensive categories:

As the heat map shows, he prefers to operate in a more advanced position on the left half-space.

The 23-year-old has been highly rated for some time and both Tottenham and Chelsea were interested in him before he signed a new deal last summer.

Gerson has improved since coming back from a difficult stint with Roma, having broken the Brazilian league’s transfer record on his return to Flamengo. But costing the Brazilian side a little over £10m, he isn’t exactly an unearthed gem and won’t come cheap.

Velez Sarsfield attacking midfielder Thiago Almada is an example of a player who might struggle to attain a GBE via the points-based system — no senior caps, no Copa Libertadores minutes, and not a high percentage of Copa Sudamericana minutes.

But it soon becomes apparent that he exceeds the 15-point requirement with ease. Thanks to his domestic minutes, Velez’s progress to the Sudamericana, and their qualification for next season’s Libertadores, the 19-year-old comfortably makes it past the threshold.

It’s worth noting that, to be awarded points for continental or domestic progress, or points based on club quality, all a player needs to have done is appear in a matchday squad. Almada did much more than that, though, and is one of the most highly-rated teenagers on the continent.

Once again, using TransferLab’s Best XI feature and filtering the Argentine Superliga for u23s with over 900 minutes, Almada shows up well in the attacking midfield profile: Almada is a versatile attacker who can play wide or through the middle, combining traits of a typical Argentine playmaker with those of a winger:

However, he also shows up well in the winger profile as well:

Almada’s versatility makes him more valuable and his case for being granted a GBE may encourage further scouting for players of a similar status.

Another player who shows up well on the Best XI from the Argentine Superliga is Lanus academy product Alexandro Bernabèi.

Bernabèi is on a similar level to Almada when it comes to meeting the requirements for a work permit. He may not remain under the radar for much longer.

The 20-year-old has piqued interest since beginning to operate effectively at left back, having made his first appearances on the wing. In TransferLab, he shows up most impressively in the ‘Full Back – Attacking’ profile:

Despite moving deeper, he can still pop up in other positions in important moments. This saw him score on the counter-attack during his side’s 4-0 aggregate win in their Copa Sudamericana semi-final tie against Velez earlier this month.

His club’s progress to the final of South America’s Europa League equivalent alone gets Bernabèi seven of the 15 points required to receive a GBE. Argentina being a Band 3 league gets him another eight points, so he already meets the requirements even before points for minutes played are taken into account.

Highly-rated 19-year-old Anderson Contreras is another player who benefits from playing in the Copa Libertadores despite playing in a lowest-ranked (Band 6) domestic league.

Having appeared in 87% of the available Libertadores minutes for his club, Caracas, in the past 12 months, the midfielder has racked up 14 points for his participation in this competition’s group stages alone. Add two points for playing for a Band 6 club and he already has enough for a GBE even before any other available points are added.

Contreras is a player who travels through the midfield zones and can perform his role as a link-up player and creator from deep as well as further forward.

Filtering for players under 23 with over 900 minutes, he’s the highest-rated box-to-box midfielder in Venezuela according to TransferLab: He can also play deeper in a double-pivot. However, in the ‘Centre Midfield – Box to Box’ profile, Contreras scores highly for the creative elements of the game and lower in defensive categories:

This backs up the idea he is more of a playmaker than a defensive midfielder. The heatmap demonstrates that he’s able to do this job anywhere between the boxes.

Unión Española winger Palacios is one of the more interesting cases as he reaches the 15-point threshold courtesy of just 14 minutes of international football.

Chile being a Band-5 league secures him just four points with three more being accrued for playing between 80-89% of domestic minutes available in the last 12 months.

But with international points judged on appearances rather than minutes, his debut late on in a game against Venezuela in World Cup Qualifying means he has appeared in 25% of the games for a top 20 nation in the last 12 months, securing a substantial nine points and taking his total to 16.

This shows that, although Chile is a low band league, one international appearance can make all the difference for a club so high in FIFA’s rankings.

In the Best XI functionality, TransferLab singles Palacios out not only as the highest-ranked right winger under 23 in the Chilean league but also as the best player overall with a rating of 84: His TransferLab profile shows him highly rated in creative categories such as expected assists, passes into the box and key passes and is also very active in the danger area as shown by the ‘touches in final third’ metric reaching the 99th percentile:

His heatmap shows he has been used primarily on the right wing but also that he has occasionally been deployed on the left where he can cut inside onto his right foot.

Coming soon: Keep an eye out for the Brexit Transfer Calculator tool and API which will be added to our suite of tools, including TransferLab, in the next few weeks. The Brexit Calculator will allow you to ascertain the eligibility of non-UK players for a Governing Body Endorsement at the click of a button. 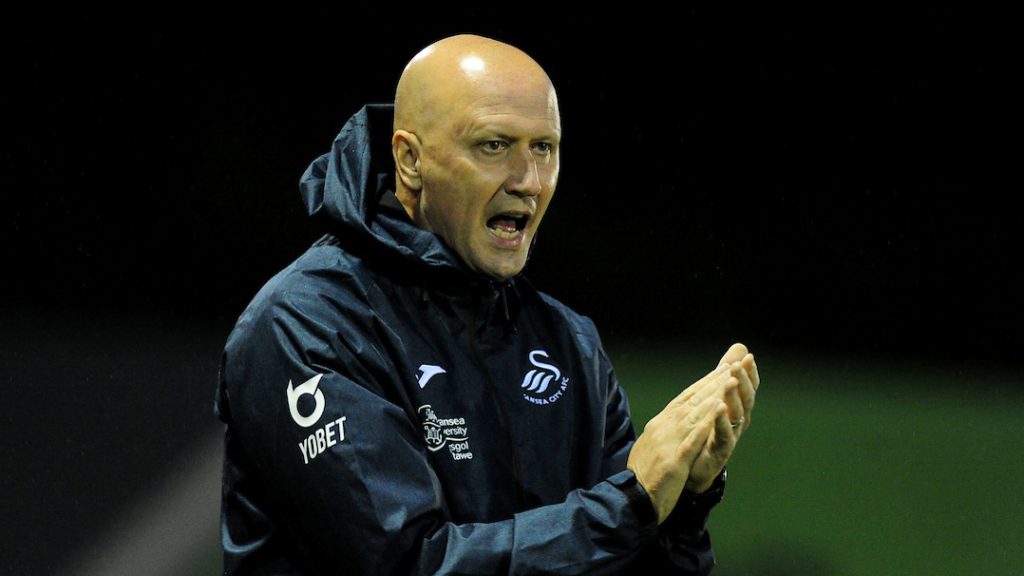