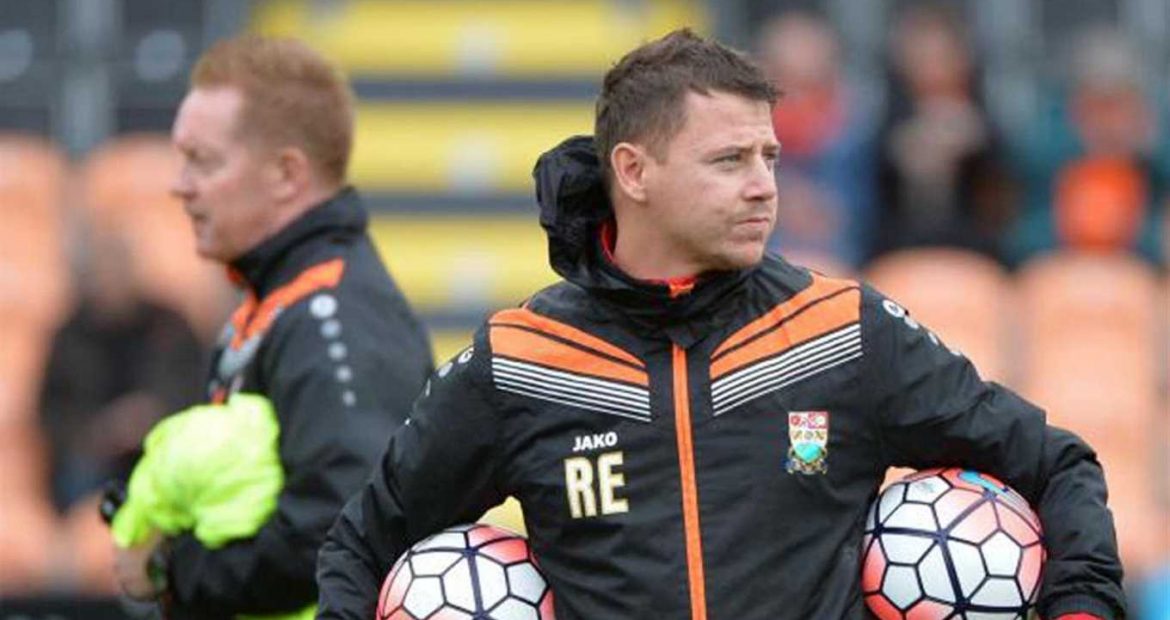 With our data-scouting platform, TransferLab, now having access to pretty much every professional league in Europe, we thought it was time to take our League two data for a test drive. We asked, Rossi Eames, the ex-Barnet manager, to take a look. He became the youngest boss in the EFL when appointed Manager at The Hive last May and knows League Two inside out. We asked Rossi to identify his “players to watch” this season:

Jayden was a standout performer last season in terms of his all round performances. A striker at 6’2 that can score with his feet and head, assist with hold up play and knock downs that became such a positive influence in Exeter’s run to the play off final. Jayden has the ability to cause havoc on attacking set plays with his aerial threat. Paul Tisdale seemed to adjust his team’s style of play slightly to accommodate Jayden and take advantage of his physical presence. But he’s more than just a target man, he has that pure predator instinct in the 18 yard box too. I expect him to challenge for League 2 top goalscorer this season and maybe even make a move up the divisions in the January transfer window.

Hayden’s a full back who I’ve admired for a number of seasons, being only 23 Mansfield have a player with huge potential on their hands. Hayden has the ability to push forward into the opposition final third and make things happen. At 6’1 he is a real handful once he travels forwards and will enter the box late when the ball is crossed from the opposite side of the pitch. Hayden also has the versatility to play at CB which has been shown a number of times last season. Mansfield have a strong squad with 2 decent players for every position. Hayden has managed to stay consistently ahead of his competition and his performances play a huge part for Mansfield who will be hoping  to make at least the playoffs this season.

Hiram is a player I targeted last season at Barnet and was close to signing before Exeter made him an offer he couldn’t refuse. He has all the qualities of a standout Central Midfielder and showed that quality last season. Hiram has a great physique and shows good technical ability, he also creates and scores goal for the team which was shown in the play off semi final last season and through out the league campaign. I think some scouts/pundits mistake him for a destructive type midfielder, but I see him much more as box to box type who can effect the game with and with out the ball. At 22 years old Exeter have an excellent midfielder with huge potential.

Courtney is a player who I saw and heard lots about over the last few years. His standout performances for Brentford’s Academy saw lots of rumoured interest from Clubs such as Chelsea and some were even predicting an England Youth call-up. However, that never materialised and things seemed to go a bit sour at Brentford before he moved on to Colchester. Jon De Souza – his former coach at Brentford and now Academy Manager at Col U – would have been instrumental in convincing Courtney that the Weston Homes stadium was the place for him. He seems to be re-paying that faith and looked sharp and re-focused at the end of last season as he broke into the First-team. He is simply unplayable at times. He’s short, but strong and has pace to burn and the ball seems to stick to his feet when he dribbles at speed. He has that elastic style where he looks like he’s about to fall over but then suddenly swivels and changes direction to beat an opponent. If he gets up a head of steam and starts to deliver an end product this season he’ll be a standout player in League Two for sure.

Keshi is another player who I couldn’t quite convince to come to Barnet last season. He needed to find a club to settle down at after a number of loan spells and finally seems to have done that at Swindon. He’s a talented player who can play across a number of positions in the front line. He has the ability to drift into to small pockets of space and receive on the half turn to dribble and drive at the opposition back line threading through balls and short passes to the attacking players around him. The data doesn’t back my views up on Keshi 100% in terms of his potential to score and assist but he’s shown glimpses during his loan spells which suggest to me that he could have a breakout year with the Robins.

Chuks is another player who had a big reputation whilst progressing through the youth ranks at Arsenal. I remember at one point, as an under 16 or under 17 there was talk of Barcelona making a bid for him. His career hasn’t progressed perhaps as he wanted to but with Paul Tisdale now at the helm I’m sure he’ll be a key player this season at Stadium MK. Chuks often plays just off the front man. He makes for an imposing figure with his thick set, tall frame and he’ll be dangerous from set plays. He is real creative force and contributes to the team through both assists and goals. He’ll be crucial to MK Dons bouncing back from their relegation last term.

Analytics FC provides software and data services to entities within football looking to realise the gains possible from analytical thinking. Through a product development collaboration with Lane Clark and Peacock LLP, we provide cutting-edge software solutions such as TransferLab, which helps improve and simplify recruitment decisions. To find out more about TransferLab, including price list and how to get a free trial click here, or to contact us, get in touch here.

« Data Scouting: TransferLab Features
Coe’s Players To Watch: Gems From Around The Globe »