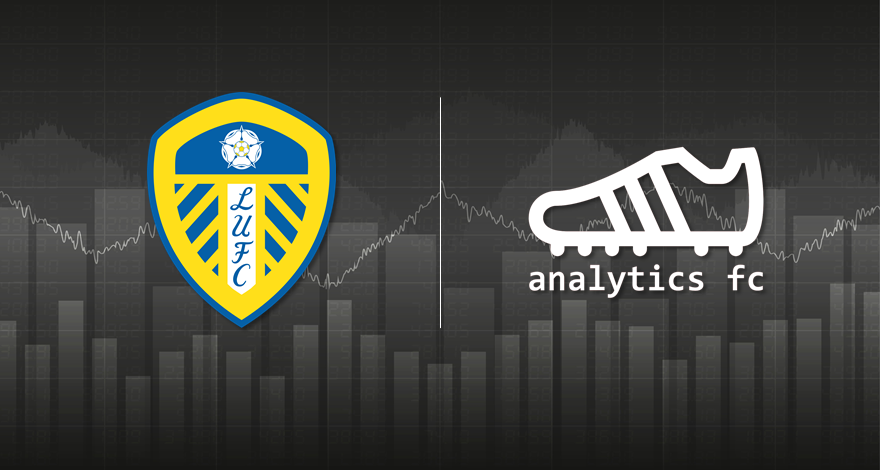 London, June 2019 – We are delighted to announce that Leeds United have chosen Analytics FC as a partner for their scouting and recruitment process. The long-term deal has seen them benefit from our full range of services including data-scouting platform, TransferLab, to track players in over ninety competitions globally and help manage their scouting network.

Using Analytics FC’s data services will also help the club find players who are suited to the style of play that Leeds are championing under Marcelo Bielsa.

Leeds United, via their Sporting Director, Victor Orta, have been using data as an important part of their recruitment process over the last few seasons. It has helped identify undervalued talents in markets that other Championship clubs wouldn’t typically operate in, such as Mateusz Klich, who joined from Dutch club FC Twente, Pontus Janssen, who joined from Italian club Torino, as well as Samuel Saiz, who came from SD Huesca when they were in the Spanish second division.

One of the TransferLab algorithm’s key strengths is its ability to identify young players earlier and more confidently than other systems on the market. In January 2019, the algorithm tipped Daniel James of Swansea City as a future star.

After spotting James’ output in TransferLab, Orta asked for a bespoke report about the player from Analytics FC’s expert Data Scouts. The report pitted him against comparable wingers in his age bracket both in terms of current and projected future performance, as well as analysing whether he suited Leeds’ unique style of play under Bielsa. The information in the report from TransferLab gave Orta confidence that James was a great prospect to sign, despite only having played half a season of senior football. Unfortunately a deal for the young Welshman to join Leeds unexpectedly fell through at the last minute in January. He has subsequently joined Manchester United this summer. A frustrating result, but it certainly looks as if Orta and Analytics FC were on the right track. Undeterred, the club’s work has continued in earnest to search out the next big talent to strengthen Leeds’ squad for a tilt at promotion next season.

Speaking about the collaboration, Orta said: “Football recruitment is changing constantly and whilst there is no substitute for the well trained eye of a scout, we also need to combine that skill with various scouting tools – a system like Analytics FC’s TransferLab gives us incredibly important information and allows us to create comparisons between targets and other players in the market place. We are delighted to join forces with Jeremy and his team and we look forward to continuing to find talent from the UK, Europe and beyond.”

In an age of financial fair play restrictions the ability to incorporate data into strategic decision making processes can provide a substantial advantage.

Analytics FC Founder, Jeremy Steele: “There are huge gains to be made by incorporating analytics into the scouting process. It’s not a silver bullet, but using data correctly, in tandem with high quality traditional scouting undoubtably gives clubs a competitive edge in the transfer market. There is no easier way to accomplish this than using our TransferLab software and creating profiles that match the style of play desired by the club. It’s great to be collaborating with Victor. He’s been one of the Sporting Directors at the forefront of data analytics for some time now. We are acutely aware that Leeds, under Marcelo, have a unique style of play and need to find players who suit that. Giving them a one-number rating for players wouldn’t work – our tool allows them to break down player performance and decide what is most important to them.”

As the club push for promotion to the Premier League again after narrowly missing out on automatic promotion in the 2018/19 season, TransferLab will continue to play an important part in their recruitment processes. We at Analytics FC wish them all the best and hope to see them in the Premier League next season.

« Who are the most “clutch” goalscorers in football?
Bright Starts: Predicting Players Primed for a Breakout Season »